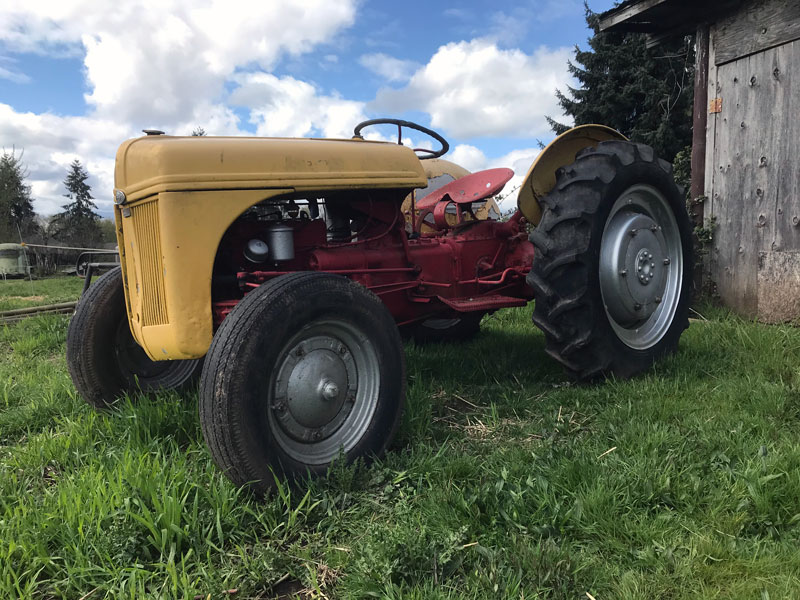 We at Black Tansy Farms have just got a new tractor and we are really excited to get it ready to ride. We have 4 tractors in total and they all are about the same size except for the new one we just got, which is a lot longer.

Our new tractor is a kind of peach color and the front is super long. The back two wheels are gigantic and the front ones are really tiny. I think there big because all the power goes to them and so they can get through the mud. They are going to help renovate our pasture.

One of our tractors, the Ford 9n was produced from 1939 to 1952. The Ford 9n was also the first American made production model to use the three-point hitch system which was made by Henry George Ferguson.

There are three different types of N-style tractors the one that we have is the 9n made in 1939 theirs the 8n from 1948 and the 2n was released in 1942. The 9n and 2n were painted gray and the 8n was red and gray. You can read more about these tractors here.

The 9n weighed about 2,340 pounds and had 13 horsepower James Watt said that one horse power is “the amount of work required from a horse to pull 150 pounds out of a hole that was 220 feet deep” Watt was the inventor of Horsepower and Improved the steam engine.